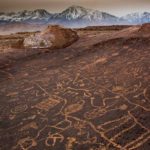 You are out on a beautiful hike in the wilds of the American Southwest and you come upon a cozy rock shelter with pictographs, petroglyphs, and all kinds of pottery sherds. Great, you think! An added bonus to the day’s outing in the form of an amazing archaeology site in the middle of nowhere. You […]

Evie is a Junior Ranger, who recently visited Yosemite and “accidentally” brought home a couple sticks. Apparently, the guilt gnawed at her until she couldn’t bear it, so she wrote this letter to the ranger–sticks attached–and asked that they be “returned to nature.” Evie’s letter reads: Dear Park Rangers, I am a Yosemite Junior Ranger. […]

The Oregon Coast is rugged, beautiful and often uncrowded. This bluff-top … END_OF_DOCUMENT_TOKEN_TO_BE_REPLACED