Eight years ago, I thru-hiked the John Muir Trail (JMT) for my second time in thirty years. Anytime you are out on the trail for weeks at a time, there comes a point when you miss fresh food. It could be something as simple as a cold glass of milk, or fresh fruit, or… a taco. And sometimes you get surprised, like when we were met at Reds Meadow by one of the people I had hiked the JMT with 30 years earlier, and she and her husband treated us to lunch. That kind of “trail magic” is greatly appreciated, and I’ve long thought of ways to pay it forward.

Four years ago, I hatched a plan–hike in fresh meat, tortillas, cheese, avocados and even beer and and surprise thru-hikers on the JMT and Pacific Crest Trail (PCT) with a little backcountry trail magic. It was my way of giving back to the backpacking community. The idea is pretty crazy on paper. It means carrying back-aching loads at least two days into the wilderness–far enough to be meaningful to the thru-hikers and out of reach of the day hikers. Thus was born the #MuirTaco Adventure.

At the original Muir Taco trip back in 2014, I was joined by Derek Loranger from 100peaks.com and his brother-in-law and adventure buddy, PD. We started at South Lake, west of Bishop, with the intent of reaching the Muir Hut on the third day and serving lunch to anyone who happened to be lucky enough to hike over Muir Pass while we were there. We didn’t quite make it to the pass (foot issues) but we did serve tacos and beer at the so-called Muir Monster in LeConte Canyon. And there were some very happy hikers.

In 2015, we went back again, this time, trying a shorter-but-more-challenging route over Lamarck Col. That year, we were thwarted by fires, and setup our impromptu taco stand in McClure Meadow instead.

2016 was a big year. I started out planning the now-annual trek, but life got in the way, sending me to Seoul, South Korea for a year. Thankfully my Theodore Solomons Trail buddy Curt Cragg stepped in to take over in my absence. And for the first time, there was not just one, but two Muir Taco trips.

Here’s a photo gallery from this five day trek. If you see yourself or someone you know in the photos, leave a comment below. 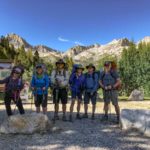 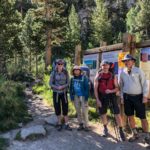 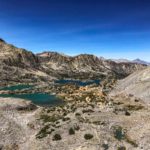 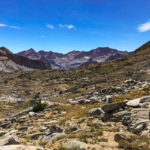 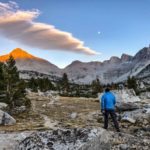 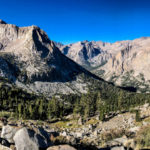 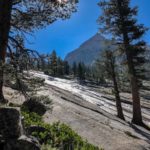 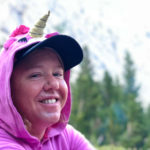 Crewmember Laura, or a pink unicorn? 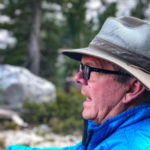 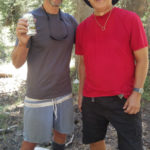 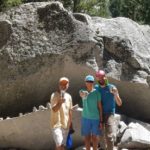 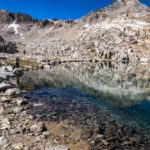 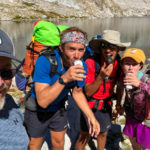 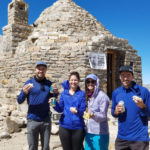 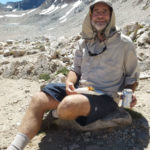 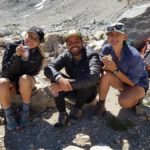 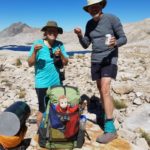 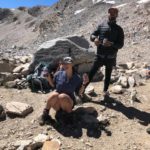 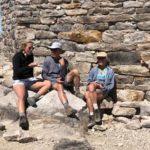 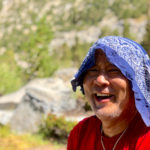 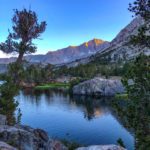 Last night on the trail 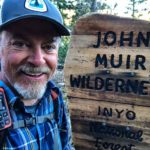 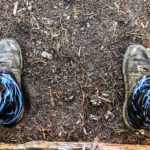 This captured my feelings on the climb out of LeConte Canyon on Saturday.

You’ll have to scroll to see them all, but a BIG thanks to the rest of the crew: Curt, JoAnn, Laura, Ryan, Neenah, Eric, Deb, Paul, Yoko. Bonus points if you “look up” to see the amazing stonework of the hut.

Muir Taco Adventures #8 By the Numbers

We made it to Muir Pass, where we served sixty tacos and two cases of beer to hungry and ecstatic thru-hikers. And of course, we followed Leave No Trace principles, packing out all the trash.

It’s been immensely rewarding to see the #MuirTaco trips take on a life of their own, with new faces each year joining the cause. It’s hard work, but the response from the hikers we’ve met makes it all worthwhile. In a crazy sort of way. 😉

Want to see more? Follow Señor Muir’s Taco Hut page on Facebook. Want to support the cause? You can get stickers and shirts!

Did you get a taco from us? We want to hear from you! Leave us a comment below.

The Oregon Coast is rugged, beautiful and often uncrowded. This bluff-top … END_OF_DOCUMENT_TOKEN_TO_BE_REPLACED