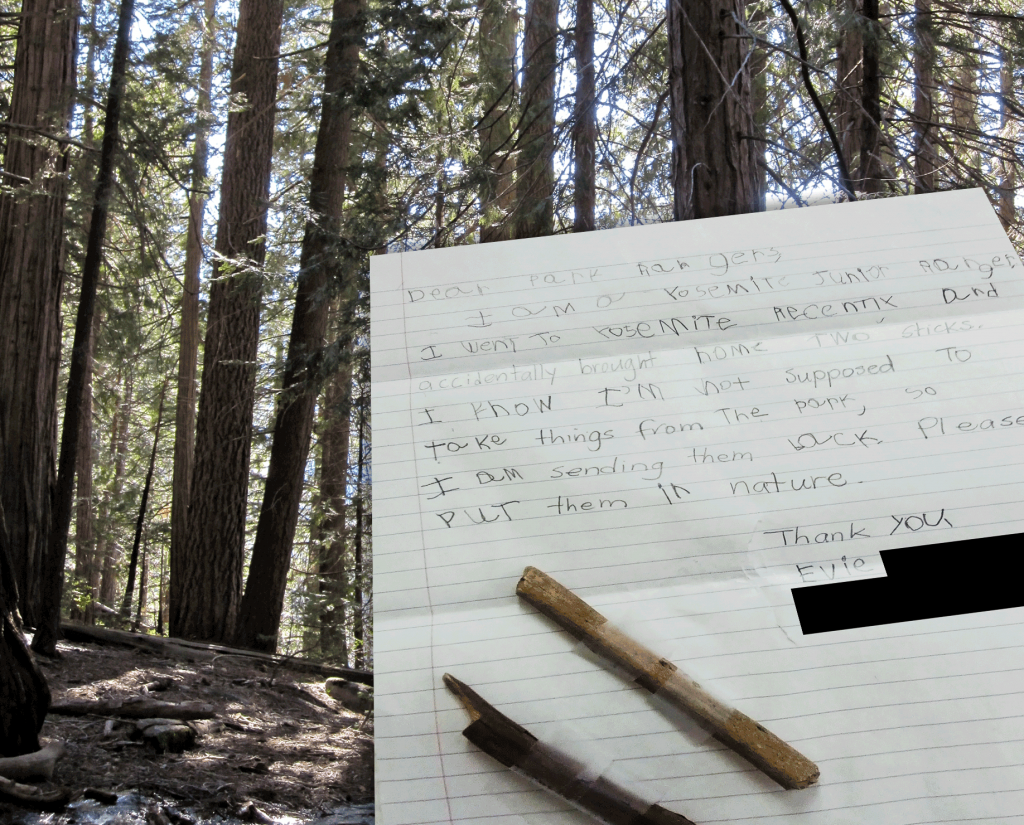 Evie is a Junior Ranger, who recently visited Yosemite and “accidentally” brought home a couple sticks. Apparently, the guilt gnawed at her until she couldn’t bear it, so she wrote this letter to the ranger–sticks attached–and asked that they be “returned to nature.” Evie’s letter reads: Dear Park Rangers, I am a Yosemite Junior Ranger. […]

Get the SoCal Hiker Newsletter

Standing over 11,000 feet above the lowest spot in North America is Telescope Peak. … END_OF_DOCUMENT_TOKEN_TO_BE_REPLACED

Sitting in the Pine Creek Wilderness in east San Diego, stands Corte Madera, or as … END_OF_DOCUMENT_TOKEN_TO_BE_REPLACED

One of the highest points in the Sierra Estrella Wilderness, Quartz Peak offers … END_OF_DOCUMENT_TOKEN_TO_BE_REPLACED

The Six-Pack of Peaks Challenge gives you an opportunity to explore your world while supporting a great cause.