There are hikes, and then there are adventures. This hike up Whale Peak in the Anza Borrego State Park was a bit of both. This trail guide is one part throw-back (the hike was over two years ago), and one part a cautionary tale of what happens when three experienced hikers venture out into the Anza Borrego desert to bag the 5,348′ Whale Peak.

Trail Details
Distance: 9.5 miles
Time: 6 hours
Difficulty: Strenuous
Elevation gain: 3,250 ft
Dogs: No
When to go: Fall to Spring
The story of this hike begins in the Spring of 2011. A group of hiking bloggers (blogging hikers?) from Southern California had been discussing the possibility of doing a hike together. There were a bunch interested, including Casey (ModernHiker), Kolby “Condor” Kirk (TheHikeGuy), and Campfire Kam (Campfire Chic). In the end, Kolby had a career change and decided to hike the Pacific Crest Trail (an epic story of it’s own). Casey and Kam had schedule conflicts. That left just three of us for the first ever SoCal Hiking Blogger Summit: Derek (100Peaks), Peter (East-West Hike) and myself (SoCalHiker).

The plan proposed by Derek was a San Diego-based hike, since most of us hadn’t really explored that area. He suggested a 4-mile trip up Whale Peak, and then a car ride to a second hike up Vulcan Peak near Julian. Being the 100Peaks guy and our resident San Diego area expert, we differed to his wisdom.

We met up down in San Diego in the early morning hours and carpooled out to Anza Borrego. Our trailhead was off a rugged dirt road, passable by a car, but only with caution. The Xterra might have been a better choice in this case.

We found a place to park, and headed on foot down the road until we found what we believed to be the wash leading to the trailhead. No signage, but a quick check of our map and it appeared to be the right spot. I had my Garmin Trek GPS, mainly for tracking our journey. Derek also had a GPS and topo map, and it seemed we were starting off from the right point.

The “trail” was difficult to follow. Pretty quickly it disappeared entirely. We realized that the actual trailhead we were looking for was further down the dirt road, but figured we could go cross-country and meetup with the intended trail.

This we did, going up and down over several ridges, dodging cholla and clambering over boulders.

Finally we found our trail and headed to Whale Peak.The peak itself is more broad than angular, and the high point only found by climbing the big boulder to the USGS benchmark. The 360-degree views of Anza Borrego were phenomenal.

The hike back should’ve been a piece of cake, but even that didn’t go smoothly. Peter was having some pain in his knees, and lagged behind. One minute, he was within sight. Next minute, he was out of sight. Wrong turn down a false trail, and a ~30 minute detour.

We finally made it down to the correct trailhead, out the wash to the dirt road. Then hiked another mile+ hike on said dirt road back to our car. In the end, our four mile hike up Whale Peak turned into 9.5 miles, and we realized we’d have to save Vulcan Peak for another day.

What We Did Right

Being experienced hikers, we knew well enough to bring plenty of water and food for the day. We did have a map (for the group) and GPS as a backup. We stuck together, found our bearings, and got to our trail, and our destination. And we had a good attitude. We were up for the adventure, and flexible with our plans.

What Would I Do Differently?

First off, make sure I know the trail myself. I treated this hike like a tourist–as if I was just along for the ride. Now I make sure I know the planned route, do my own research, and bring my own map. Yes, we had a topo map for the group, but we might’ve had a better start if we shared responsibility for the pre-planning.

Of course, there are three sides to this story, so don’t take my word for it. Be sure to read the perspectives from Derek and Peter as well.

Note that this route is not recommended as-is, as it includes our impromptu cross-country jaunt. Use this to follow the dirt road to where we came back out, and take it from there. You’ll shave about four miles off the trip. 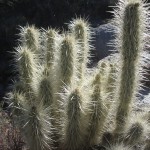 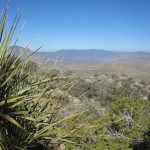 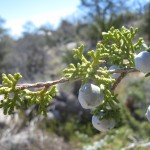 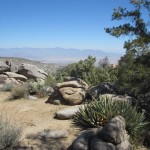 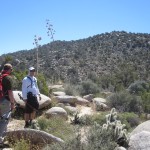 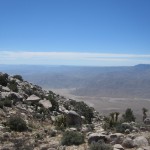 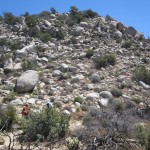 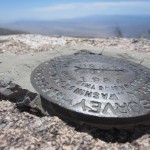 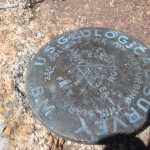 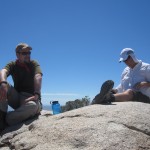 Lunch break at the summit of Whale Peak 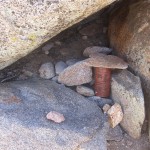 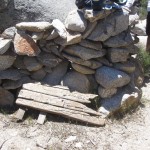 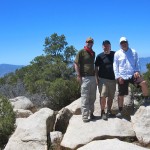 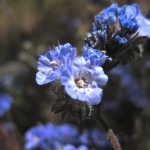 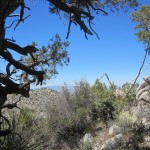 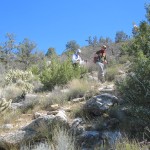 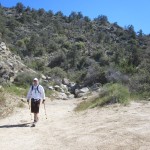 In spite of the hiccups on this hike, we had a great time, and no one was hurt. And last year we had an even bigger gathering of SoCal hiking bloggers at Schabarum Regional Park.

The Oregon Coast is rugged, beautiful and often uncrowded. This bluff-top … END_OF_DOCUMENT_TOKEN_TO_BE_REPLACED